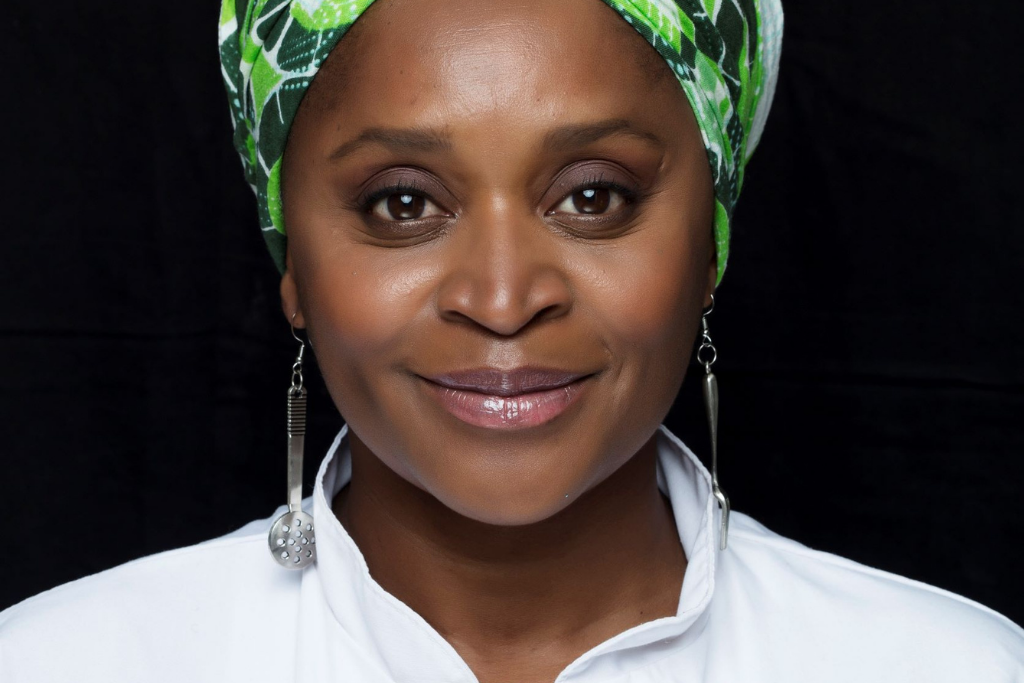 Chef Mokgadi Itsweng is determined to disprove the myth that healthy food is expensive while also showcasing both indigenous South African ingredients and plant-forward dishes.

Itsweng – a protégé of the late, great Dorah Sithole – has nearly 20 years’ experience in the local culinary industry as a chef, food writer and published author, entrepreneur and activist.

She’s also one of the headline chefs at The Plant Powered Show, which takes place in Cape Town at the end of May as both a physical and online event, which will allow visitors from other parts of South Africa, the African continent and the rest of the world to join in.

Itsweng was also one of the guest chefs on the recently screened MasterChef SA where she had the finalists cooking with indigenous ingredients such as foxtail millet, whole grain sorghum and bambara groundnut. She will be reuniting at The Plant Powered Show with two of this year’s MasterChef SA top three, Andriette de la Harpe and Tarryn de Kock.

“My MasterChef SA experience was incredible and it was a wonderful opportunity to put indigenous ingredients on the map on a big stage,” she says. “Many of the young chefs competing had never used some of the ingredients and yet their creative minds came up with fantastic dishes.”

Itsweng will be highlighting these indigenous ingredients at The Plant Powered Show and explaining how home cooks can make the best use of them in their kitchens.

Last year she published her debut cookbook Veggielicious, highlighting plant-forward recipes from the tshemo (garden) of her dreams.

“The book is basically a guide to adding delicious plants to your plate and demonstrates how easy it is to create amazing plant inspired meals. Most of the ingredients in the recipes are easily accessible and items you should have in your kitchen or at your local supermarket that are inexpensive. Eating healthier does not mean that you have to spend more money,” she explains.

So why is Itsweng such a vocal activist for a plant-forward food culture?

“I actually promote planetary health which takes into consideration the health of humans as well as the environment. A plant-forward lifestyle confers both improved health and environmental benefits, so for me that’s a win-win situation. It involves conscious eating and knowing where your food comes from.

“I believe in good food for all and proudly advocate for it. It is a human right, not just for a few but for everybody. We also need to alert people as to what good food is. Many of our indigenous ingredients are ‘good food’ but we just don’t know it. Many poorer people eat highly processed foods purely because we’ve been conditioned to think that it is cheaper. I want people to understand what real food is and what is easily accessible – that is my advocacy.”

There is so much more to so-called local ingredients than pap and maize which isn’t really sustainable! Quinoa became popular with consumers because of the chefs promoting it on television or in magazines, so I believe that education starts with the chefs. If they are educated about local indigenous ingredients, then they can become the champions of them and create ‘sexy’ dishes with them. This leads to a chain reaction – people ask for them in supermarkets and farmers start growing them because of the demand. The revolution starts with the chefs and our food heroes. Chef Mokgadi Itsweng

So what is Itsweng’s quick and easy go-to dinner after a long day?

“I love anything on a roti, a flatbread or a wrap. For me, a quick meal would be my grilled mushrooms with chimichurri sauce, stuffed in a wrap with a quick slaw made from red and green cabbage, green apple and dressed with vegan mayo or lemon juice.”

Book tickets to this year’s Plant Powered Show taking place 27-29 May at the CTICC, Cape Town and online.

Here she shares her quick and easy recipe for Grilled Mushroom Skewers with Chimichurri Sauce (taken from her book Veggielicious published by Human & Rosseau) which can be taken off the skewer and used in a wrap. Get the recipe here.

SA’s greatest vegan event – a gastronomy festival for the senses