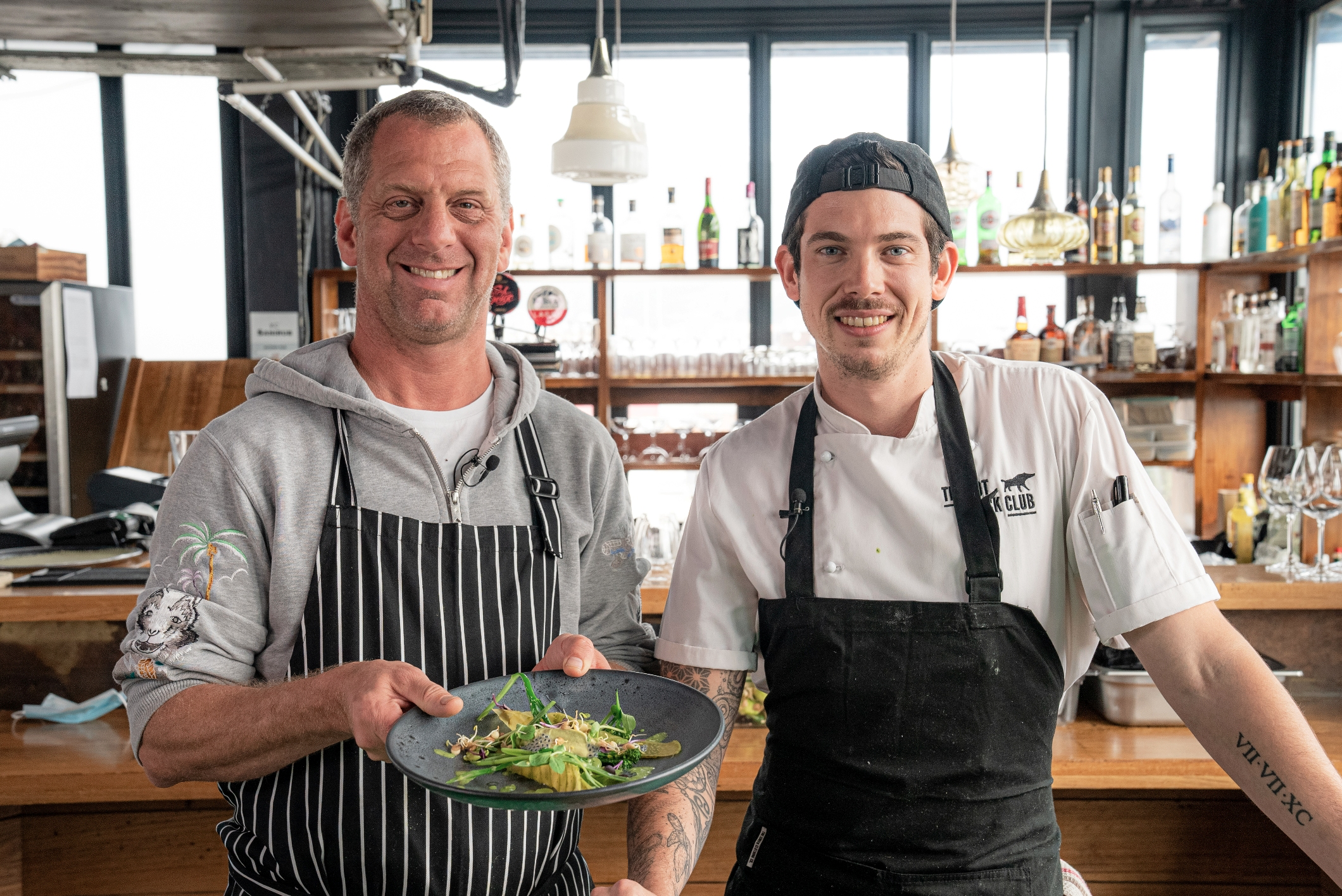 Food visionary Luke Dale Roberts – one of South Africa’s most revered and awarded chefs – is just one of the star attractions at The Festive Vegan & Plant Powered Show (FVPPS) which takes place online on Saturday, November 28.

Dale Roberts will be demonstrating an all-green dish, based on spring vegetables, with Jason Kosmas, head chef of the famed Pot Luck Club restaurant. Dale Roberts is also a judge for the FVPPS and SA Chefs’ Young Chefs vegan competition where the winner will share a visual stage with some of the best international and local chefs appearing at the show.

Dale Roberts’ world-recognised restaurant, The Test Kitchen, held the coveted number one position on the list of South Africa’s best restaurants for six years in a row.

He explains his participation in FVPPS: “I always try to find different things to get involved in. Plant-based and vegan food is not something I am an expert in but I decided to participate in the show because it gives me an opportunity to unlock something new within me which I will use on the restaurant menus.

“During lockdown I came up with this idea that I would do a menu called Colours for the Pot Luck Club and started coming up with food courses based on one colour; green, yellow, purple etc. I soon realised that it was slightly prohibitive. I tried them all out and the one that came out great was the green one which is based on spring vegetables. I started with kohlrabi marinated in kimchi. Jason then suggested adding smoked jalapeno avocado puree and we began collaborating on the dish which includes a vibrant apple, celery, dill and spring onion sauce. It is now on the Pot Luck Club menu and has been brilliantly received.”

There’s an increasing demand for vegan or vegetarian dishes at his restaurants, Dale Roberts says.

He is delighted that the restaurant trade is picking up now that certain lockdown restrictions have been lifted: “My restaurants are breaking even which is all we can hope for. The lack of global trade has seen dramatic changes. We only have local customers now and so we have adapted what we offer to make it more accessible to the local market. The price point at The Test Kitchen is 50 percent of what it was and it’s a shorter experience. It is a lot more vegetable driven than it was before. In a number of dishes, the vegetable is the central component and the dish celebrates it. That’s exciting.”

Jason Kosmas explains the collaboration with FVPPS: “Whenever we develop any recipes or ideas, Luke is very involved in the process. As a young chef, working for Luke is inspiring because he has so much knowledge to give and is willing to share it. He will come up with ideas and we come up with the recipes. We work on the all-important plating styles together. There are so many things you can do with vegetables if you do the research and groundwork. You can create beautiful dishes packed with flavour.”

The FVPPS is bringing revolutionary changes to the traditional food and trade show exhibition format. The six-hour event, set to take place on Saturday, November 28 from 11:00 to 17:00, will be an online interactive event and is a precursor to next year’s Vegan & Plant Powered Shows (VPPS), scheduled to take place in Cape Town and Johannesburg.

This not-to-be-missed one-day visual experience will allow visitors to meet some big name local and international chefs and discover products and services in an entertaining, engaging and informative way. The FVPPS will also play host to a wide range of plant-based food and lifestyle brands which will be featured in a virtual expo area and visitors to the show will be able to interact with exhibitors and make purchases.

The FVPPS is not only for vegans and vegetarians, but also flexitarians, reducetarians, sports enthusiasts, individuals who have compromised their health and those looking for healthier and more ethical lifestyle choices for themselves and their family.

Plant Powered Show back in Cape Town in May, 2022