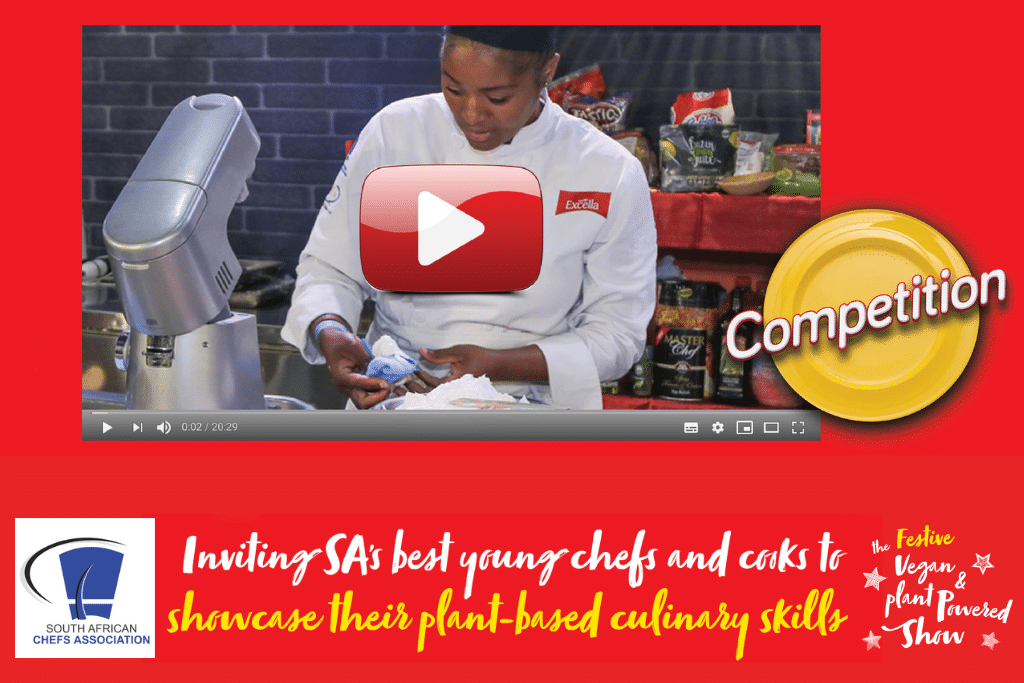 The South African Chefs Association (SA Chefs) and The Festive Vegan & Plant Powered Show (FVPPS) are looking for the country’s most talented young chefs and home cooks to take part in an upcoming culinary competition.

The winner of the FVPPS/SA Chefs competition will share a visual stage with some of the best international and local chefs including the UK’s Gaz Oakley, who is one of the world’s most celebrated vegan chefs and who has more than a million subscribers on his YouTube channel, as well as a finalist from last year’s MasterChef Australia.

The contest is open to all chefs and cooks residing in South Africa, aged 28 and younger, who are invited to submit their best vegan dish. (You don’t have to be a professional chef to enter the competition; enthusiastic home cooks are encouraged to participate too.) Entrants must submit a 30 second video (or a link to where the video can be found) explaining why they should be the winner of a coveted demo spot at the FVPPS, as well as a recipe using vegan-only products with a list of ingredients and the cooking method. Entries, along with full name; ID, email and cell number details should be sent to competitions@sachefs.co.za for the attention of Adrian Vigus-Brown.

Says Heidi Warricker of FVPPS: “Vegan has gone mainstream with more and more chefs embracing and developing plant-based dishes on their menus. We are excited to see what our young South African chefs will come up with. It is a fantastic opportunity for them to showcase themselves in front of some of this country’s leading culinary luminaries and share a stage with top local and international chefs.”

Adds Jocelyn Myers-Adams: “This is the perfect occasion to showcase your plant powered skills! Knowledge is power; taking part in this competition offers you the chance to challenge yourself creatively, learn and develop your talent. Go for it!”

Hope Mdakane – a young chef with a bright future

Plant Powered Show back in Cape Town in May, 2022