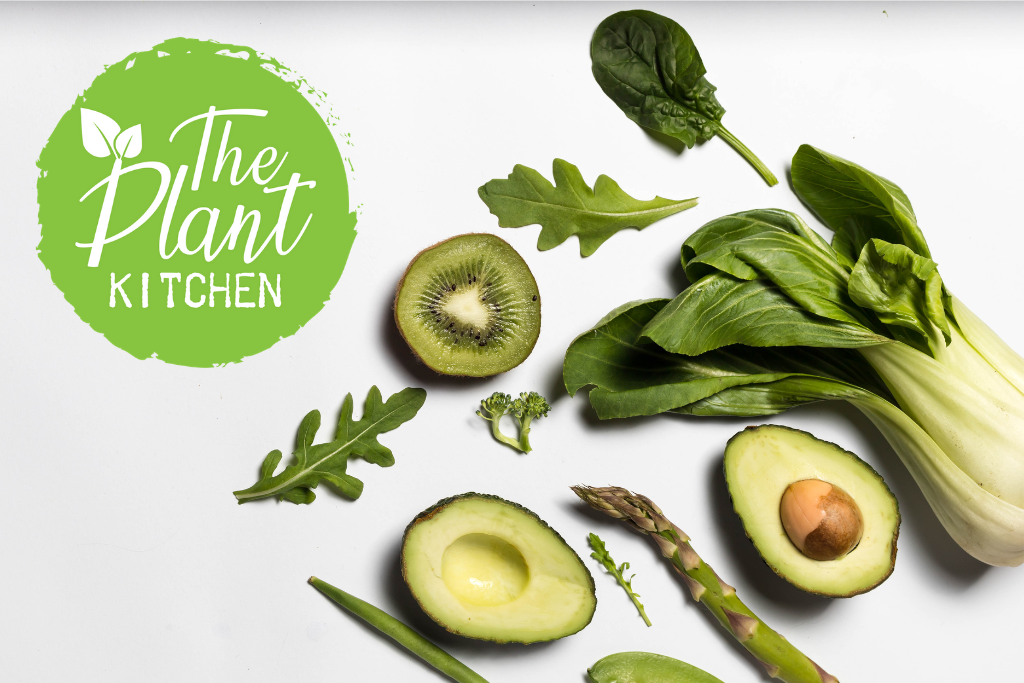 A number of South Africa’s leading chefs and food personalities – as well as some of their global counterparts – are set to demonstrate their culinary prowess at the Festive Vegan and Plant Powered Show (FVPPS), which takes place online on Saturday, November 28.

They will be participating in The Plant Kitchen and a series of masterclasses and meet and greets.

Chris Erasmus
After graduating from the Elsa van der Nest Academy, Erasmus worked at the Cape Grace hotel under Chef Craig Cormac, before requesting to be placed at the busy Five Flies restaurant for his in-service training. He spent some time in the UK, where he met his mentor, Shane Osborn. Returning home, he joined Margot Janse at Le Quartier Francaise as executive sous chef and eight months later opened The Tasting Room @ LQF which he ran as Chef de Cuisine for nearly five years. He also spent a lot of time in Holland working with chefs at Spectakel, Ciel Blue and Halvemaan exploring the origin of our “Dutch” heritage and cuisine. Erasmus has since moved on to pursue his dream of opening his own restaurant in Franschhoek called Foliage, where he and his young team are creating comfort food from forest to plate.

Dion Vengatass
Dion Vengatass is currently a private chef who owns Violet by Vengatass and is the South African Culinary Olympic team captain. He studied at the Swiss Hotel School and has worked at The Saxon and the Mount Nelson as well as in the US. He describes himself as “a crazy, over passionate, perfectionist chef who is obsessed with growing, cooking and eating food.”
Demonstration:
Tandoori mushrooms, charred eggplant caviar, masala roasted cashew nut, mushroom ragout, granola mix, mushroom sago cracker, crisp peppery and tangy herbs.
Time: 14h35*

Elisha Madzivadondo
Sunshine Food Co’s founder and microgreen farmer Elisha Madzivadondo will be demo’ing his famous burger! Says the Zimbabwean-born farmer and chef: “My people think that being a vegan is for thin, white people. Some think it’s a cult, a religion or worry they will go hungry if they visit me,” he says. “I tell them, look what this government has done with the seeds. Don’t do it for the Earth or the animals or to save the world. Do it for your health first and foremost.” For those contemplating veganism, he suggests starting off experimenting with a flexitarian diet.
Demonstration: A delicious vegan burger that people travel kilometres to try. It comprises a beetroot burger bun, sunflower microgreens, pea shoots, alfalfa sprouts, black beans, lentil sprouts, chana (chickpea dhal), red capsicum, sweet corn, humus, avocado, veggie patty and pickled red onion.
Time: 15h30 – 15h45*

Gaz Oakley
He’s one of the world’s most celebrated vegan chefs and a man who has more than a million subscribers to his YouTube channel. The 28-year-old UK based chef, author of three cook books and a social media sensation is also known as the Avant-Garde Vegan.
Demonstration: Stuffed squash with glazed onions, Christmas rice and sauteed mushrooms.
Time: 15h00 – 15h20*
Meet & Greet: with Gaz Oakley
Time: 15h20 – 15h50*

Grace Stevens
Grace Stevens is the owner and founder of Grace Stevens, formally Cupcakes by Design. She is a Cape Town-based cake decorator, instructor and author of two books – Celebration Cakes, Step by Step with Fondant (which received the Gourmand Award for the Best South African Dessert Book in 2012), and Cake Decorating with Grace Stevens (which was released in 2014). Stevens has received Gold, Silver and Bronze awards for her cake entries in numerous competitions.
Demonstration: Strawberry and Coconut Panna Cotta & Summer Festive Season Fruit and Jelly Skewers
Time: *

Hope Mdakane
Twenty-five-year old Mdakane from Soweto was the winner of the SA Chefs Association/Festive Vegan & Plant Powered Show competition to find the country’s most talented young chef. He studied at HTA School of Culinary Arts and graduated in 2015 with a one-year certificate and again in 2018 with a three-year apprenticeship diploma. He currently works at the Saxon Hotel and Spa and has won a number of international culinary competitions.
Demonstration: Vegan dark chocolate entremet with honeycomb, peach and chocolate mint compote and salted caramel ice cream. His winning dish is a vegan dessert inspired by his grandmother’s trifle.
Time: 15h55 – 16h10*

Jason Kosmas
Kosmas is head chef of The Pot Luck Club. Previously he worked at The Stack and was Head Chef at Chefs Warehouse for a little over two years and part of the team at Thali. Born to Greek and Italian immigrant parents, his heritage plays a large part in his food journey.
Demonstration: The Green Dish – with kimchi marinated kohlrabi, jalapeno avocado and an apple and celery sauce – is a collaboration with Luke Dale Roberts.
Time: 16h20*

Jay McNamara (aka Chef Jay Mac)
The Kind Kitchen eatery was founded by vegan advocate and chef Jason McNamara in 2018. Mac gained his skills in vegan culinary arts at The Natural Epicurean Academy of Culinary Arts in Austin, Texas.
Demonstration: How to master the art of cooking with delicious oyster mushrooms and aubergines. He’ll be showcasing two types of high quality and protein packed misos to create a glaze and delicious umami flavour. He will also demonstrate how to combine this with plant-based yoghurt, seasonal greens and fermented blueberries in Taiwanese inspired bao buns.
Time: 11h20 – 11h40*
Demonstration: Pimped up buffalo brussels sprouts and tofu and vegetable stir fry (with Mishkah Gool)
Time: 16h40 – 16h45*

Jenny Morris
Morris, who is well-known to followers as The Giggling Gourmet, and is one of this country’s best loved food personalities and chefs, is a warm, friendly personality whose commitment to the food industry comes through in her books, and her TV and radio shows. She has had an ongoing love affair with food since she was a child, when she started making mouth-watering treats for school fundraisers. It’s a love affair in the true sense of the word, one that employs all the senses.
Demonstration: Moroccan Pasta Salad and A Jug of Love
Time: 13h40 – 14h10*

Luke Dale Roberts
Dale Roberts is an icon of the South African food scene. He began his South African in journey in 2006, when he was appointed Executive Chef at La Colombe, determined to see the restaurant regain its place on the list of the World’s 50 Best Restaurants. Fast forward 14 years and Dale Roberts’ world-recognised restaurant, The Test Kitchen, held the coveted number one position on the list of South Africa’s best restaurants for six years in a row.
Demonstration: The Green Dish – with kimchi marinated kohlrabi, jalapeno avocado and an apple and celery sauce – is a collaboration between Dale Roberts and Jason Kosmas, the head chef of The Pot Luck Club, another restaurant owned by Dale Roberts.
Time: 16h20 – 16h40*

Mia Smith
Mia Smith is a registered dietitian (BSc Medical Science Honours from UCT) consulting at The Green Dietitian and is passionate about nutrition and loves all things plant based! “I love cooking and especially experimenting with new plant-based recipes. Travel is another one of my passions and it’s so interesting to me to experience a place through their cuisine.”
Demonstration: Spiced chai vegan eggnog
Time: 15h45 – 15h50*

Mishkah Gool
Mishkah Gool is the in-house chef, brand ambassador and content creator for B-well. She is a life skills coach, facilitator, yoga instructor, NLP practitioner and business owner. Mishkah is passionate about uplifting others, whether it is in healthcare, sustainable living, healthy mindfulness and overall wellbeing. She has a background in pharmacy, and although doesn’t practise in the field anymore and has adopted her knowledge of the human body and psyche to channel a more holistic, balanced approach to her meal preparation and recipe development. Her food is health based, infused with her Middle-Eastern/Indian roots and flavours of the world, coupled with local-to-the-area produce and a whole lot of deliciousness.
Demonstration: (With Chef Jay Mac) Tofu and vegetable stir fry and vegan garlic buffalo brussels sprouts.
Time: 16h40 – 16h45*

Nicola Kagoro (aka Chef Cola)
Chef Cola, is a pioneering female Zimbabwean vegan chef at the helm of African Vegan on a Budget. Founded in 2016, African Vegan on a Budget was developed to showcase Chef Cola’s cuisine and culinary development as well as to actively promote the reality that people can thrive on a healthy vegan and plant-based diet on a budget.
Demonstration: Beet Wellington, collard greens with peanut butter and African fused mashed potato
Time: 14h15 – 14h30*

Peter Ayub
Peter Ayub’s ethos – which he practises at his Sense of Taste Chef School – is all about sustainability, ethical eating, a plant based lifestyle and no waste. Ayub believes that everyone should be what he calls “an awaretarian”  – in other words be aware of your produce and your products and from where they are sourced; consider alternatives; always use seasonal produce; understand people’s dietary needs, allergies and intolerences and support local producers and businesses.
Demonstration: Smoked Tofu “Ceviche” Marinated Courgette Ribbons with a Footy’s Raspberry, Ginger and Balsamic Dressing
Time: *

Peter Lebese (aka Thee Gintleman)
A charismatic guy who hails from Joburg, Lebese spent the majority of his youth in the city of gold, eventually finding his passion in the mystic art of bartending and flavour combinations while touring the US. After returning home, he moved to Cape Town to begin the journey of making himself one of the most nationally renowned and popular faces in the drinks industry. Lebese works as a beverage designer and entertainer with Cape Town’s SIP Exclusive mobile bar service, consulting his services where they are needed.
Demonstration: Festive cocktails. “I want to showcase the beauty of our spirits but also the nostalgic essence of it to, so I kept the drinks really simple to create. So, come on the train to flavour town with me and learn how to make Is It Tea Time?  & Just Jamming.”
Time: 11h45 – 11h55* & 16h10 – 16h20*

Simon Toohey
Simon Toohey came to global prominence in season 11 of MasterChef Australia in which he wowed fans with his vegan creations and use of seasonal vegetables. Placing third, Toohey went on to appear in season 12 – also known as MasterChef Australia: Back to Win which is currently on M-Net. He’s also filming a new series and working on his first cook book.
Demonstration: Interactive masterclass with uCook. Baked rice, eggplant and leek hotpot with olives, dill and parsley
Time: 12h00-12h45*
Meet & Greet: with Simon Toohey
Time: 12h45 – 13h15*

This not-to-be-missed visual experience will allow visitors to meet some big name local and international chefs and discover products and services in an entertaining, engaging and informative way. The FVPPS will also play host to a wide range of plant-based food and lifestyle brands which will be featured in a virtual expo area and visitors to the show will be able to interact with exhibitors and make purchases.