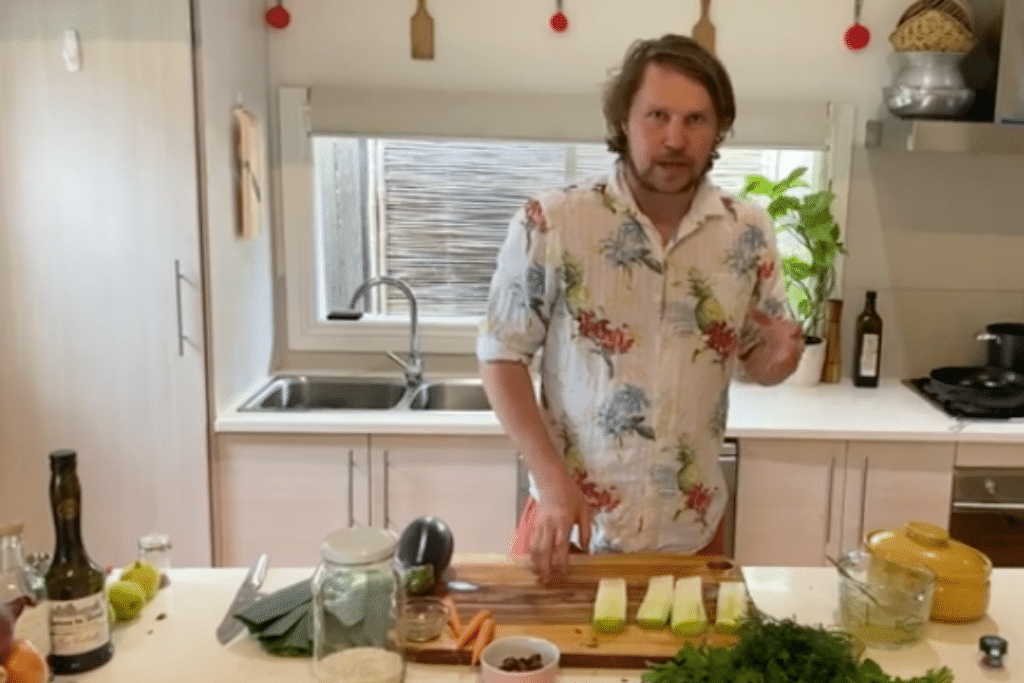 Watch this cooking demo featuring Simon Toohey who came to global prominence in MasterChef Australia thanks to his vegan creations and use of seasonal vegetables. Toohey recently appeared on South Africa TV screens in MasterChef Australia: Back to Win.
Demonstration: Baked rice, eggplant and leek hotpot with olives, dill and parsley.