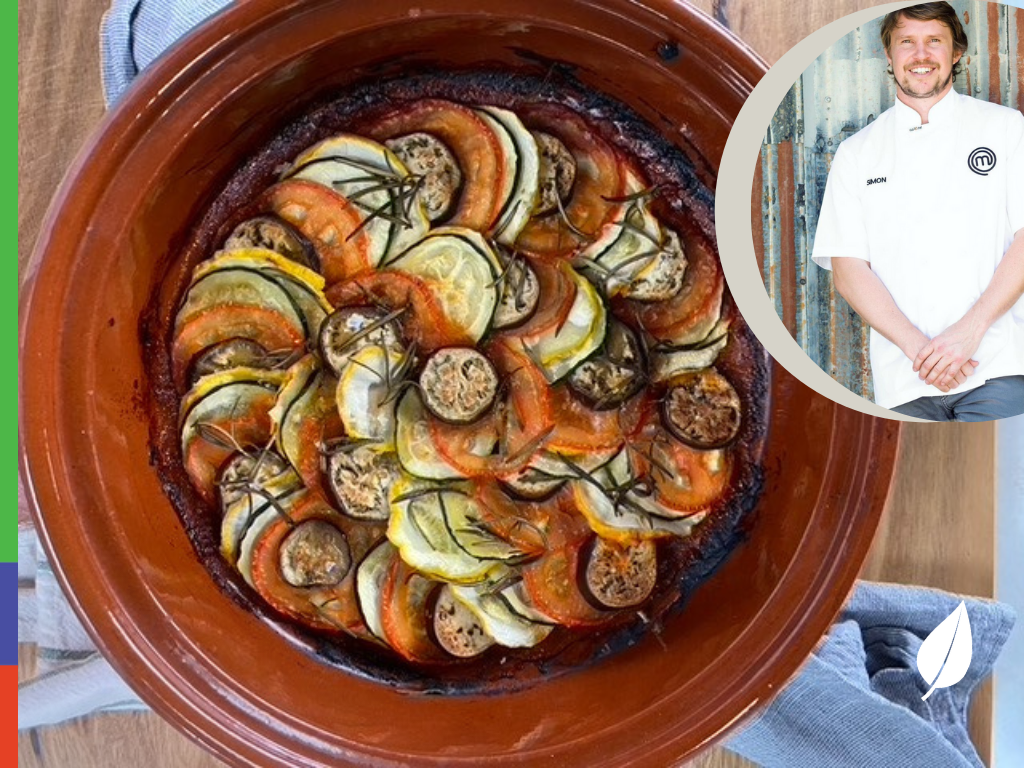 We asked Simon Toohey’s to share a simple, yet delicious dish with us and he gave us his classic Ratatouille recipe.

Set oven to 150°C.  Take two of the tomatoes, slice and place in a pot along with 1 yellow zucchini, 1 green zucchini, the red capsicum, the onion and the garlic all roughly chopped up.  Cook these down in a pot with 30ml of olive oil and a dash of water, salt and white pepper.  Stirring occasionally so it doesn’t stick to the bottom.

Thinly slice the leftover tomatoes, zucchini, tomato and the eggplant about 3ml thick.

Once the pot mixture has cooked and broken down and lost a lot of its moisture, place it in a blender and blitz to a smooth paste.

Pour the blitzed sauce in a non-stick pan then create layers of the sliced tomatoes, zucchini and eggplant alternating them in each layer and place them on top of the sauce, starting from outside the pan and working all the way around until you have reached the middle. Chop up the rosemary and place on top and drizzle with the remaining olive oil.  Cover with a lid and cook for 90 minutes.